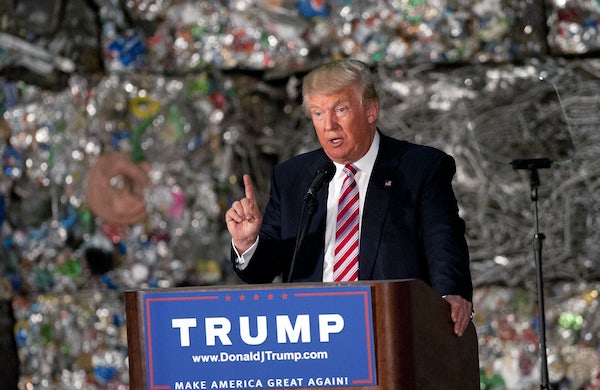 On June 23, the presumptive Republican nominee claimed that he would forgive the $50 million he had loaned his own campaign and file papers with the FEC to that effect. But as of today, no such papers have been filed. This is significant because if Trump doesn’t forgive his own debts, he could use any incoming donations to pay himself off.

Trump has been accused by Republican strategist Rick Wilson of running a “scampaign”—a false campaign that’s mainly about self-enrichment rather than winning. The story of the unforgiven self-loan only adds to that impression, combined with his bizarre move of asking for funding from parliamentarians in the United Kingdom, Iceland, Australia, Finland, and Canada. Whether or not his campaign is a scam, Trump’s fundraising is certainly in turmoil, which could have dire consequences for his electoral chances.