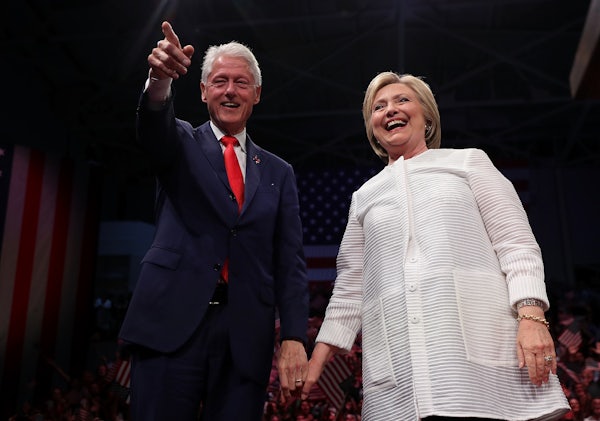 He had to go over and say hi to Attorney General Loretta Lynch when they were both at Phoenix’s Sky Harbor International Airport earlier this week, even though her Justice Department is investigating whether Hillary Clinton broke the law by setting up a private email server in her home during her tenure as secretary of state. Lynch claims they spoke about personal matters: “He did come over and say hello, and speak to my husband and myself, and talk about his grandchildren and his travels and things like that.” But it obviously doesn’t look good, allowing Republicans to suggest that he used the meeting to strongarm Lynch into a favorable outcome. Lynch now says she will defer to whatever decision federal prosecutors and the FBI make about the email server, a bid to ease concerns that she could personally affect the outcome of the investigation. As someone who takes almost an obscene enjoyment out of glad-handing, particularly with powerful people, it is more likely than not that Bill Clinton actually did just want to chat. But sometimes you just have to say no to that voice in your head that needs to know what Loretta Lynch is up to these days.