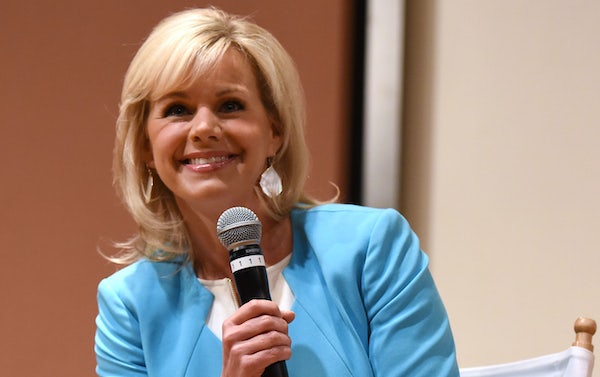 According to the complaint, he “ogl[ed] Carlson in his office and ask[ed] her to turn around so he could view her posterior.” He noted that “certain outfits enhanced Carlson’s figure,” and urged her “to wear them every day.” He made repeated comments “about Carlson’s legs” (Ailes is apparently obsessed with his female anchors’ legs). He declared that “if he could choose one person to be stranded with on a desert island, she would be that person.” He informed others, in her presence, that he had slept with “three former Miss Americas but not with her.” He told her she was “sexy,” but “too much hard work.” And he told her to lay off complaining about sexual harassment, accusing her of being “offended so God damn easy about everything.” This all comes on top of the headline quote: “I think you and I should have had a sexual relationship a long time ago and then you’d be good and better and I’d be good and better.”

The complaint, not surprisingly, makes working at Fox News sound like hell. In addition to being harassed by Ailes, Carlson claims she was abused by former Fox & Friends co-host Steve Doocy, who would allegedly mock her during commercial breaks and belittle her contributions to the show. (Yes, Steve Doocy is in the habit of mocking other people’s contributions to Fox & Friends.) But most disturbingly, the complaint suggests that Carlson was a rare female employee who didn’t defer to Ailes’s demands: Fox News, it says, “refused to provide her with anywhere near the level of network media support and promotion provided to other Fox News hosts who did not complain about harassment and rebuff his sexual advances.” How many women are we talking about here?