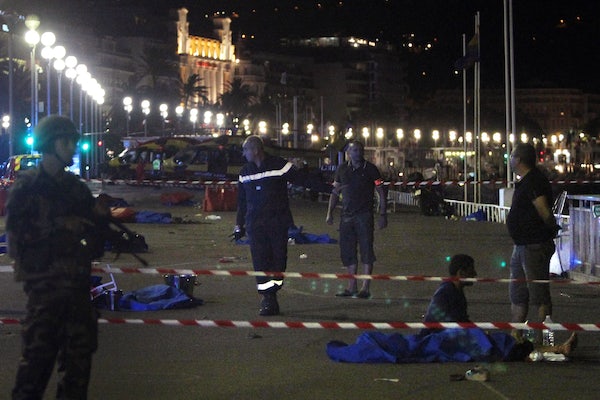 “France is going to have to learn to live with terrorism.”

That’s what French prime minister Manuel Valls said on Friday morning, hours after 31-year-old Mohamed Lahouaiej Bouhlel, a Tunisian living legally in France, drove a truck through a crowd celebrating Bastille Day in Nice, France, killing 84 and injuring more than 100. French President Francois Hollande extended the state of emergency in the country for an additional three months—the state of emergency was initially declared after terrorists killed 147 people in attacks throughout Paris in November. We have seen extreme violence and it’s obvious we must do everything to fight this terrorism,” Hollande said in an address to the nation on Thursday evening.

The attack in Nice followed the 2016 Euro Championships, which were held in France in June and July and featured 90,000 security personnel, occurred in relative peace—there were no terrorist attacks, though there was rioting. But if the Euros made France feel at ease for the first time since the November attacks, Nice is a reminder of the country’s new reality.