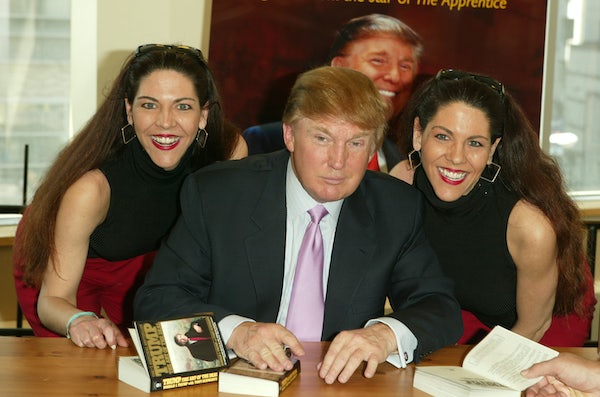 Donald Trump has never read a presidential biography and rarely reads anything not about himself.

Trump has never read any volume of Robert Caro’s mammoth, multi-volume LBJ biography, or David McCullough’s biographies of Teddy Roosevelt or John Adams, or even Doris Kearns Goodwin’s Team of Rivals. When asked by The Washington Post’s Marc Fisher if he has read a presidential biography, Trump said, “I never have. I’m always busy doing a lot. Now I’m more busy, I guess, than ever before.”

We’ve known that Trump does not read books for quite a while, so this is not much of a surprise—especially when you also remember that Trump’s knowledge of presidential history is almost entirely self-serving. But Trump’s ignorance of the history of America’s highest office is still unnerving, as is the fact that, per Fisher’s report, Trump seems to only read about himself:

Trump’s desk is piled high with magazines, nearly all of them with himself on their covers, and each morning, he reviews a pile of printouts of news articles about himself that his secretary delivers to his desk. But there are no shelves of books in his office, no computer on his desk.

In other book-related Trump news, Tony Schwartz, who actually wrote Trump’s self-help memoir The Art of the Deal, told The New Yorker’s Jane Meyer that he regrets ever having anything to do with the book, which helped create Trump’s image as a brilliant negotiator and businessman. According to Schwartz, a Trump presidency would be a disaster. It’s “impossible to keep him focused on any topic aside from his own self-aggrandizement for more than a few minutes.... Lying is second nature to him ... he has a complete lack of conscience about it,” Schwartz told Meyer. “I genuinely believe that if Trump wins and gets the nuclear codes there is an excellent possibility it will lead to the end of civilization.”