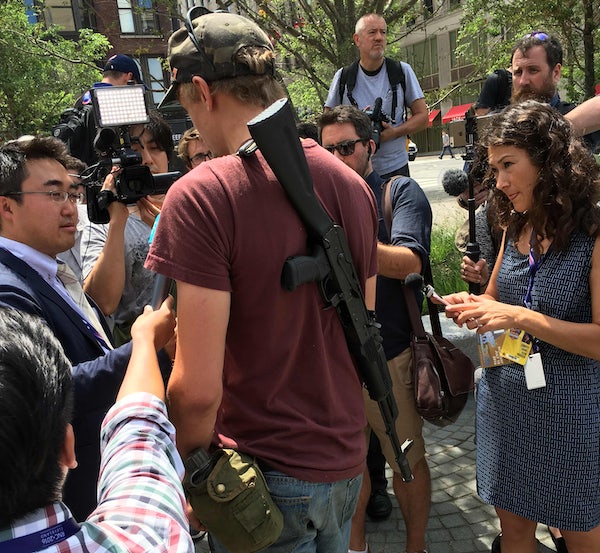 A man came to the RNC today wearing a shirt that read “CUCK HUNT” and an assault rifle strapped to his back.

The media came running, a dozen at a time, and thrust microphones and cameras in his face.

After the initial media scrum broke, a second gathered, followed by a third.

A hundred feet away, a group calling themselves the Imperial Women Coalition and calling for justice in eleven local killings were wrapping up their presentation. The lead speaker, a woman wearing a bright yellow hat with the group’s name emblazoned on the front, saw the opportunity to create a disturbance.

The scrum around Gonzalez broke, sprinting over to the woman in time to see her get dragged away by police. The reporters then returned to Gonzalez. When asked if the gun bought him attention, he shrugged and smiled: “Maybe.”