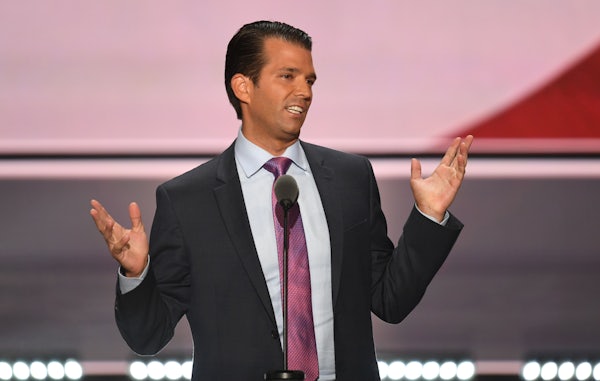 Another member of the Trump family has been accused of plagiarizing part of their RNC speech.

Donald Trump Jr.’s Tuesday night RNC address was supposed to be a reset button for the family, after Melania Trump was found to have lifted six sentences of her Monday speech from Michelle Obama. While Trump’s oldest son’s speech avoided plagiarizing a member of the Obama family, it does appear to contain lines lifted from an American Conservative essay written by F.H. Buckley and published in May of this year. The Daily Show, which needed a win after not being nominated for an Emmy for the first time in thirteen years, was the first to spot the similarity:

You can watch Donald Trump Jr. read Buckley’s words at the 7:45 mark here:

And then confirmed to Business Insider that he worked on Donald Trump Jr.’s speech with him:

Recycling and self-plagiarism are also both frowned upon but with that, the dream of a second Trump plagiarism scandal died.