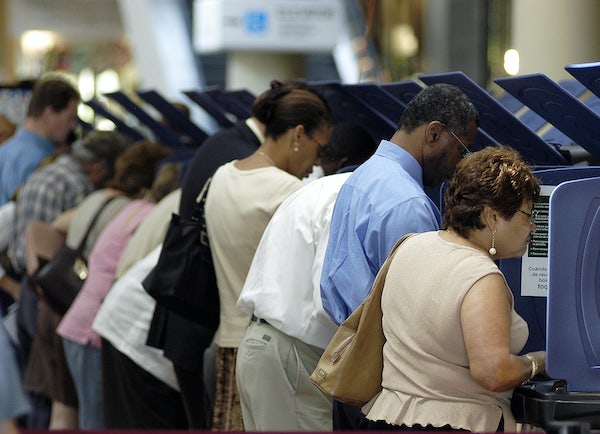 In a period of three days, restrictive voter ID laws passed by Republican statehouses in Wisconsin, Texas, and Michigan were all overturned in court. While the rulings are unlikely to affect the way those states vote in the presidential election in November—Wisconsin and Michigan are solid blue states, while Texas is deep red—there is a possibility that it could influence state election results. Voter ID laws and similar voter suppression tactics overwhelmingly affect poorer minorities who lean Democratic.

In Wisconsin, up to 300,000 voters would have been potentially barred from voting after restrictions were passed in 2011 forcing state residents to present a state-approved ID to vote. (Governor Scott Walker won the state’s last gubernatorial vote by fewer than 300,000 votes.) In Michigan, a law passed earlier this year eliminated “straight-party voting,” in which voters could cast a vote for a party rather than an individual. That particular form of voting was favored by the state’s black community, something Governor Rick Snyder failed to mention when enacting the legislation.

Texas is no stranger to creative ways of suppressing minority voters’ rights, which is why it was subject to monitoring under provisions of the Voting Rights Act before those provisions were wiped out by the Supreme Court in 2013. Legislation passed by the state in 2011 also required voters to present a state-approved ID when voting, effectively barring more than 500,000 mainly poorer, Hispanic voters from exercising their democratic rights.

Any appeals against the judgements of the past week would go to the Supreme Court, which could very well tip toward the Democrats after November. All of this bodes ill for future attempts to suppress voters’ rights.