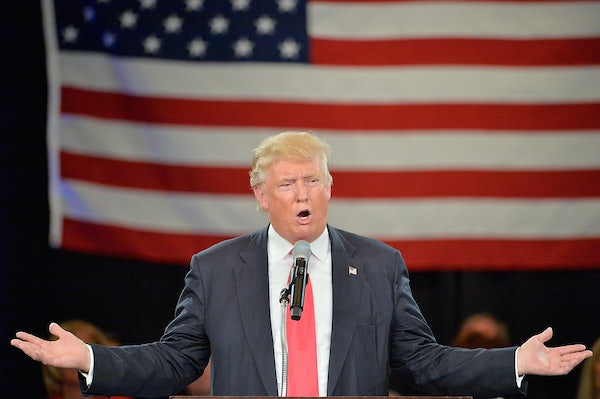 Paul Manafort has a funny way of defending Donald Trump.

Speaking to Nora O’Donnell on CBS’s This Morning, Manafort reiterated that his candidate won’t be releasing his tax returns. What was curious about Manafort’s comment was the arm’s-length distance he placed between himself and the candidate whose campaign he is supposedly running. Instead of providing a rationale for Trump’s choice, he defended it in terms of what Trump had decided, like a middle manager relaying the boss’s final word. “Mr. Trump has said that his taxes are under audit and he will not be releasing them,” Manfort said. When pressed by O’Donnell as to whether Trump has ties to Russian oligarchs, Manafort said, “That’s what he said. That’s what ... that’s obviously what our position is.”

As the campaign drags on, “that’s obviously what our position is” is a useful stand-by statement. It’s a way for Manafort to back up his candidate without personally committing himself too deeply to positions he himself can’t defend.