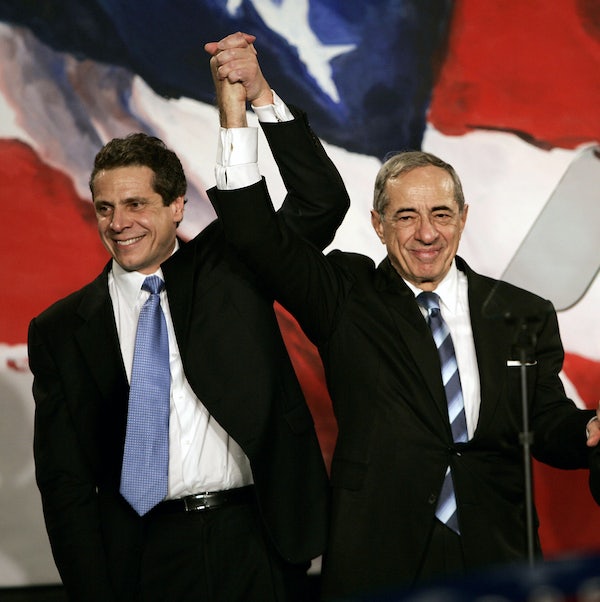 The Democrats continue raiding the sunny optimism of the Reagan years.

Tonight, in his speech at the Democratic National Convention, New York Governor Andrew Cuomo likened the current contest to the 1984 election, a fight “more about two opposing philosophies than two people,” a struggle for “the soul of America.” He was referring to the famous DNC speech delivered by his father, Mario Cuomo, a beloved liberal who countered Ronald Reagan’s “shining city on a hill” with “a tale of two cities.” But in the same breath Andrew Cuomo tapped into the very optimism that Reagan was selling, part of a pattern that has unfolded as the Democratic convention tries to distance itself from its dour Republican counterpart.

The Democrats are trying to convince voters that, eight years into an Obama presidency, things are looking up, while the Republicans are doubling down on the idea that American needs to be “made great again.” It’s the Democrats’ message that comes closer to Reagan’s iconic campaign ad from that election cycle. “It’s morning again in America,” the narrator says. “Under the leadership of President Reagan, our country is prouder and stronger and better. Why would we ever want to return to where we were less than four short years ago?”

Replace the “four years” with eight, and you get almost the same message that the Democrats are touting in Philadelphia this week. As President Obama said last night, “Ronald Reagan called America a shining city on a hill. Donald Trump calls it a divided crime scene that only he can fix.”

Even as he was invoking a progressive lion, Andrew Cuomo tonight underscored this theme even further. “Fifteen years ago,” he said, “on September 11th, we saw death and destruction, unimaginable horror and cruelty. But we saw something else. We saw this nation come together. … That was America at its best.” America at its best—not an America that needs to be made great again.