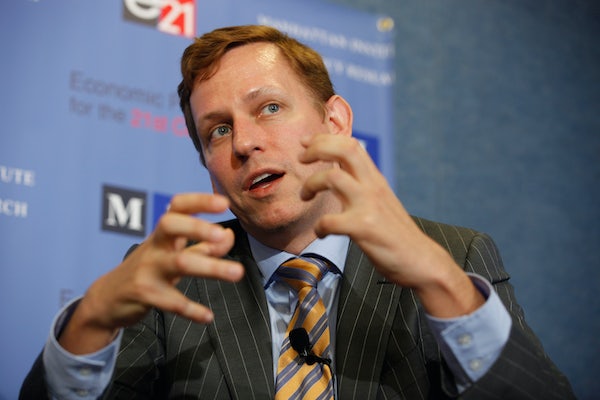 Is Peter Thiel a vampire?

Let’s work backwards here. The most damning piece of evidence that Thiel is indeed a vampire comes from an article out today at Inc., which talks about Thiel’s obsession with blood. Specifically, he is super interested in young people’s blood, which he hopes to transfuse into his aging body to preserve his own vitality, a process called parabiosis. According to Inc., a company called Ambrosia has recently begun parabiosis trials and, because it is patient-funded, it costs participants $8,000 to get that sweet, sweet blood. Basically, in Thiel’s ideal future, Silicon Valley’s elite will be able to sustain eternal life through the harvesting of blood from the poor young masses—for a fair market price, of course. However, Thiel asserted that parabiosis was a treatment that he hadn’t “quite, quite, quite started yet.”

Okay, so Peter Thiel loves the blood of youth—that’s not quite enough to prove that he’s a vampire. But there’s more: In a piece for Vanity Fair, Nick Bilton wrote about a time he was invited to a dinner party at Thiel’s house, but, strangely, there was very little food around. When Bilton asked Thiel’s friend about this, his friend explained “that Thiel is often on some sort of weird diet and he didn’t really eat all that much, anyway.” Sounds like the kind of excuses you would make for your vampire friend.

Still not convinced? Well, Thiel is very, very pale. I’m not saying that Peter Thiel is definitely a vampire. But next time he’s about to enter a house, it’s worth checking to see if he waits until someone explicitly invites him in.