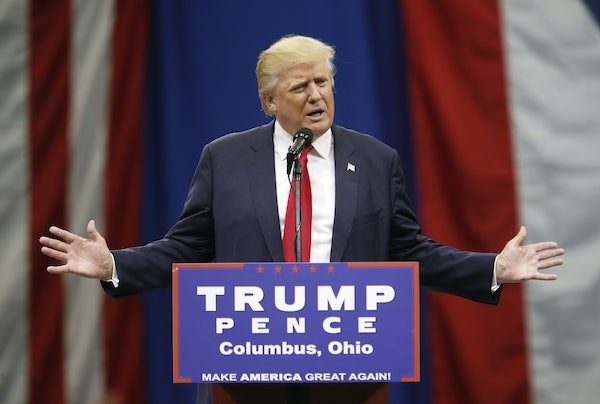 Donald Trump is already claiming the election will be rigged against him.

Voter fraud allegations usually come after elections, because the whole point is to delegitimize an opponent’s victory. But it looks like Trump is getting a head-start. On Monday, he retweeted James Woods, the conservative actor best known for not being addicted to cocaine:

And then, at a rally where Trump devoted a great deal of time to trashing a fire marshall for only allowing 1,000 attendees, Trump said this about his fears about the election:

There are a few reasons why Trump is harping on voter fraud now. One is that he is down in the polls, having taken a beating at the DNC last week, and needs something to distract attention from damaging issues like his criticism of the Khan family. Another is that the possibility of voter fraud excites the base and can be seen as a get-out-the-vote tactic. Another is that he knows he’ll lose, and he’s already making excuses—voter fraud is perfectly tailored to Trump’s specific brand of narcissism. But the biggest is simply that Trump is paranoid. He is convinced that the elites are out to get him, so it’s no wonder that he’s talking about voter fraud in August. It was inevitable, really.