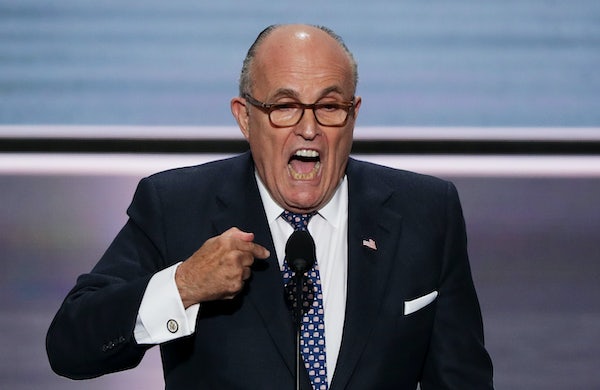 Rudy Giuliani hates Obama so much he forgot about 9/11.

Introducing Donald Trump at an event in Youngstown State University in Ohio, the former mayor of New York made this bizarre statement: “Under those eight years before Obama came along we didn’t have any successful radical Islamic terrorist attack in the U.S.” This is striking since Giuliani was mayor during the 9/11 attack, and has made his office’s response a key part of his political identity.

Setting aside the possibility that Obama hatred has obliterated his memory of the worst terrorist attack in American history, this remark reflects the strange exemption that George W. Bush is granted over 9/11 happening under his watch. According to Republicans like Giuliani, Bush can never be held accountable for 9/11, while everything that happens under Obama’s watch, from ISIS to Syrian civil war, is the president’s responsibility. This sort of partisan logic might make sense to die-hard Republicans, but it comes across as unhinged to everyone else.