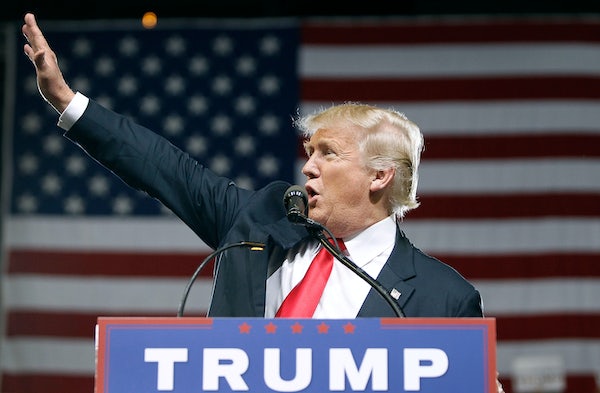 Trump has had trouble assembling a policy team, since many officials who have served in past Republican administrations are openly critical of his fitness for office. It’s no surprise, then, that the people who have joined the Trump campaign often have major flaws. Case in point is Joseph Schmitz, a former Department of Defense inspector general who is one of five Trump foreign policy advisers. According to a report from Marisa Taylor and William Douglas of McClatchy, at least three of Schmitz’s former colleagues have accused him of making anti-Semitic remarks or creating an anti-Semitic work environment.

The story grows out of an employment lawsuit, and includes the allegation that Schmitz bragged about firing Jews and said, “The ovens were too small to kill six million Jews.” For his part, Schmitz denies the charges and says his wife has a Jewish grandmother. Schmitz didn’t discuss another, much more relevant part of his family history. His father, the late Congressman John G. Schmitz, was a notorious racist and anti-Semite, so extreme that he was kicked out of the John Birch Society.

Aside from the seriousness of the charges against Schmitz, the story only adds to the gathering evidence that the Trump campaign is markedly unprofessional. With election day approaching, this negative impression will be hard to erase.