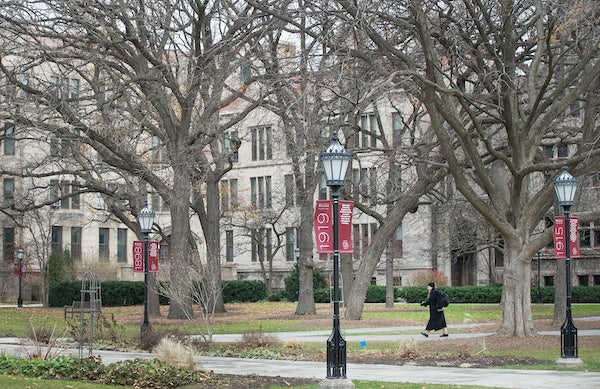 The University of Chicago is attacking academic freedom.

Jay Ellison, dean of students, has sent a letter to the incoming class of 2020 outlining the school’s policy on academic freedom:

Our commitment to academic freedom means that we do not support so called “trigger warnings,” we do not cancel invited speakers because their topics might prove controversial, and we do not condone the creation of intellectual “safe spaces” where individuals can retreat from ideas and perspectives at odds with their own.

Ellison’s letter is a perverse document. It’s very much like the French Burkini ban: an illiberal policy justified in the name of liberal values. As CUNY historian Angus Johnston notes, “There’s no college in the country where profs are required to give trigger warnings. They’re all voluntary pedagogical choices. Which means a professor’s use of trigger warnings isn’t a threat to academic freedom. It’s a MANIFESTATION of academic freedom.”

Johnston is exactly on-point. Prior to Ellison’s letter, University of Chicago professors had the right to use trigger warnings or not use them. Now, if a professor decides to use them, he or she will face administrative opposition. Academic freedom means that professors get to design their syllabus, not administrators like Ellison. His letter is a prime example of how the outcry against “political correctness” often leads to policy changes that limit free speech.

Update: Responding to queries from the group FIRE (Foundation for Individual Rights in Education) about the issues raised in this article, the University of Chicago stated that this letter was not meant to be a ban on trigger warnings. However, the issue of a ban (which wasn’t raised in the article) doesn’t get at the problem: the university administration is clearly making a stance on a pedagogical decision that has traditionally been left up to professors. That in itself constitutes a chilling effect and breach of academic freedom.