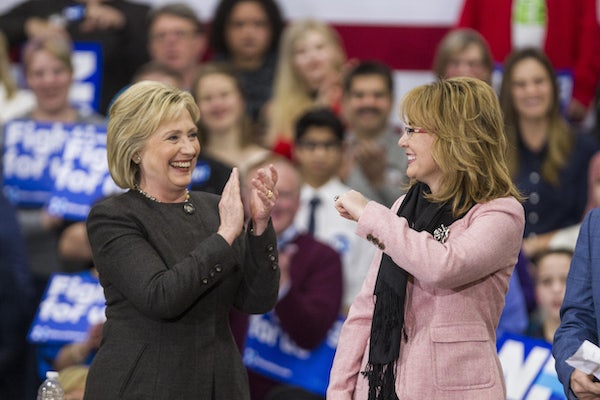 Is the Clinton campaign setting a trap for Trump or does it really think it can win Arizona?

Arizona has voted for the Republican candidate fifteen times in the last sixteen elections. (The exception was 1996, when the state narrowly voted for Bill Clinton over Bob Dole.) Clinton was up a shade over one percent in the polls in the state in mid-August, but has since fallen back to earth—she currently trails Trump by an average of four points. FiveThirtyEight’s polls-plus forecast gives her a 23.3 percent chance of winning the state, which means that she has about the same chance of winning Arizona as she does of winning Missouri and Georgia, two states she almost certainly is going to lose.

But it’s just as likely that all this ambition is a feint, meant to force Trump to spend time and resources in states the Clinton campaign fully expects him to win—less than a day before the Arizona ad buy was announced Politico reported that the Clinton campaign was convinced that Trump had fallen for one of the oldest tricks in the book. “This would be the equivalent of Hillary having to campaign in Massachusetts or having to campaign in California, except [to raise] money,” Democratic strategist Chris Lehane told Politico. “Either he has fallen for it hook, line and sinker, or there are substantive concerns given his changes in some of the margins within specific cohorts of voters. Either way, it’s good news.”

In other words, the Clinton campaign sees ad buys in Arizona as a win-win. At the very least, they can fool Trump into spending his own resources in the state. At most, they win Arizona for the first time in twenty years.