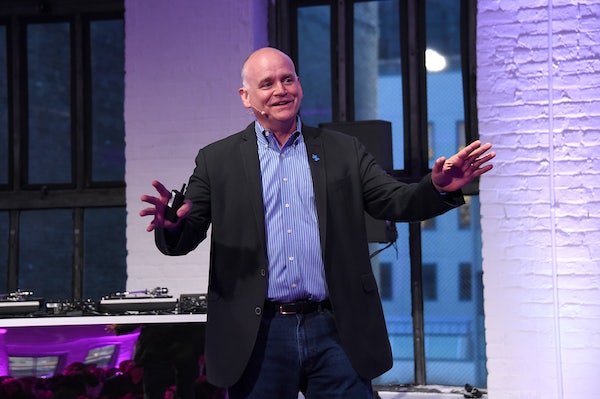 You may have heard that Fournier, the real life Carl Diggler is moving to Detroit, one of the few cities in his much-vaunted Real America™. His cushy contract with The Atlantic, where he took brave stands and wrote the same piece about how the political system needs to be disrupted, just in a civil way that doesn’t affect people like Fournier, over and over again, expired.

Fournier’s writing about politics has always been Aspen-ready—he has a holistic vision of leadership that bleeds into his analysis (“But can he LEAD?” sums up 80 percent of Fournier’s writing). But for his grand finale, Fournier set the question of leadership aside (begging the question, “Can Ron Fournier lead?”) and instead put on the cloak of false modesty and wrote about what he’s learned from working in journalism for 30 years.

In a lot of ways, it’s the perfect finale, because it sums up Fournier’s work perfectly. It’s incredibly lazy—there’s nothing here that you wouldn’t get from skimming The Complete Idiot’s Guide to Journalism—and full of platitudes. In his farewell, Fournier approaches “journalism” in the abstract, immaterial, vapid way he has approached politics for years—and yet, in many ways, this is his most revealing column yet.

Fournier patiently explains that journalists shouldn’t “cede control to the powerful” and tells them not to “follow the herd.” He cautions against focusing only on the horse race and patiently explaining how sourcing works: You need to cultivate sources, but you shouldn’t be afraid to burn them if necessary. Why Ron Fournier is explaining what “off the record” means is an open question, as is “Why is Ron Fournier writing a column full of self-evident truths about journalism?” But still: Who needs J-School when you have Ron Fournier?

And then there are sentences like this: “A reporter’s job is to get as close to the truth as possible, overriding personal biases and sifting through a rising churn of spin and lies to explain what happened and why it matters.” And, most astonishingly, this: “Don’t strain for balance or equivalence in a story where there is none. The truth is rarely black and white or evenly balanced between poles.” Fournier is the epitome of having to hear both sides. The most fitting thing about Fournier’s finale is that he ignored most of these lessons for most of his career.