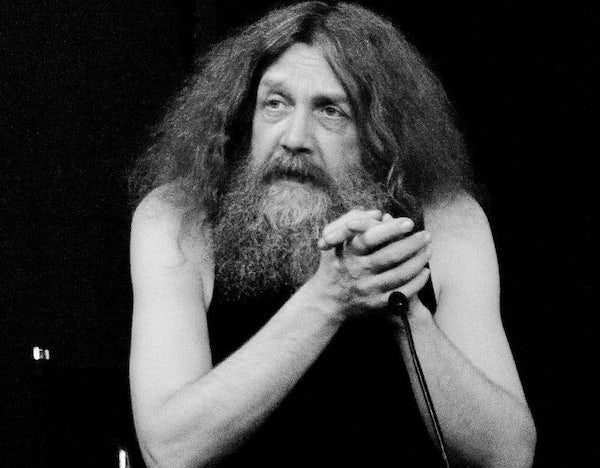 Until next time, Alan Moore.

Moore is a man of many parts. He’s best known for writing such pathbreaking graphic novels as Watchmen and From Hell, but he’s always dabbled in other fields, including punk music, literary fiction, and the cult worship of the snake god Glycon. Now in a press conference to promote his door-stopper of a novel Jerusalem (which has a million words and no pictures), Moore has announced that he’s through with comics: “I think I have done enough for comics. I’ve done all that I can.”

He did leave a slight opening, noting that finishing ongoing projects would entail about 250 more pages of comics: “After that, although I may do the odd little comics piece at some point in the future, I am pretty much done with comics.”

Moore partly attributed his decision to the mania for superhero movies, saying, “I have great love for those characters as they were to me when I was a 13-year-old boy. They were brilliantly designed and created characters. But they were for 50 years ago. I think this century needs, deserves, its own culture. It deserves artists that are actually going to attempt to say things that are relevant to the times we are actually living in.” This is a strange statement since Moore’s speciality is pastiche. Virtually everything he’s written has been a rehash of the popular culture of the last two centuries, reworking not just characters like the Invisible Man but also the thematic concerns of writers like H.P. Lovecraft.

Moore-watchers aren’t likely to worry that this retirement will be permanent. Moore’s had a history of saying farewell to comics. In 2003, for his 50th birthday, he announced he was giving up mainstream comics writing. He later proclaimed that the America’s Best Comics line, which he worked on till 2008, was his “retirement.” In 2014, responding to controversies about the alleged racism and sexism in his work, he announced he was retiring from public life. Like Richard Nixon or The Who, Moore has a habit of using retirement as a launching pad for his comebacks.