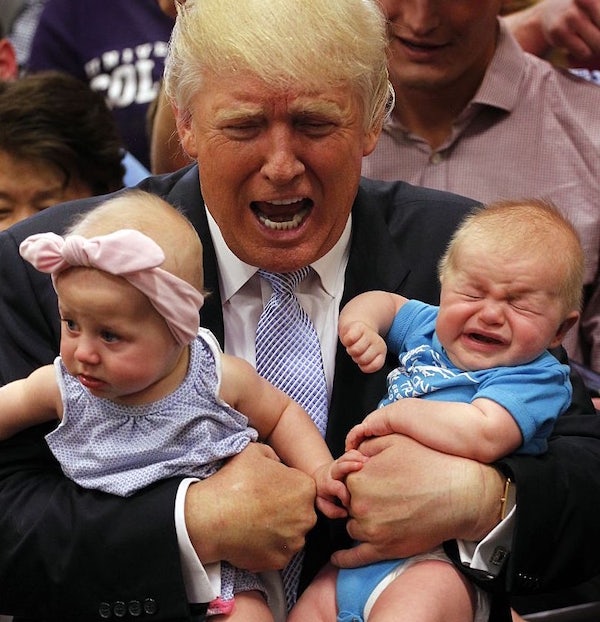 Is Donald Trump actually getting more disciplined, or is it Wednesday?

Over the weekend, Hillary Clinton stumbled at a 9/11 memorial service, forcing her team to disclose that she had been diagnosed with pneumonia. In response, Trump limited himself to insinuating that Clinton was suffering from a more serious and mysterious ailment on CNN, instead of, I don’t know, calling for her to be permanently quarantined on Alcatraz. So of course the response from a chunk of the media has been to praise Trump for his newfound restraint: This, at last, is the Trump we have been waiting for! A presidential candidate who doesn’t immediately race into crazy town at the first chance, but instead jogs there at a brisk pace.

The most convincing version of the theory that Trump is getting more disciplined and better organized comes from Monica Langley at The Wall Street Journal, who argues that Trump’s team, led by Kellyanne Conway and Steve Bannon, is working to shift Trump away from televised rallies and “toward more ‘caring’ and ‘presidential’ events.” Under this strategy, Trump should emphasize things like “a trip to a Detroit inner-city church, the meeting with Mexico’s president, and a planned visit Wednesday to Flint, Mich., to speak with families hurt by tainted drinking water.” And Trump has, with a couple of exceptions, largely been chained to his teleprompter for the past month.

There is some evidence that this strategy is working. From a polling perspective, the race has tightened over the last three weeks. But correlation is not necessarily causation. Clinton’s campaign has stumbled over that same period and her post-convention polling bounce finally crumbled, which is what post-convention polling bounces do. And in fundamental ways, the Trump campaign has not changed: Just this week he referred to Elizabeth Warren as “Pocahontas” and claimed that Janet Yellen is keeping interest rates low to screw him over should he become president. Meanwhile, multiple people were assaulted at a North Carolina rally, and Corey Lewandowski is still pulling strings behind the scenes.

But the Trump Narrative™ demands that a kindler, gentler Trump emerge at some point, so here we are, even if Trump is no kinder or gentler or different in any meaningful way than he was a month ago.