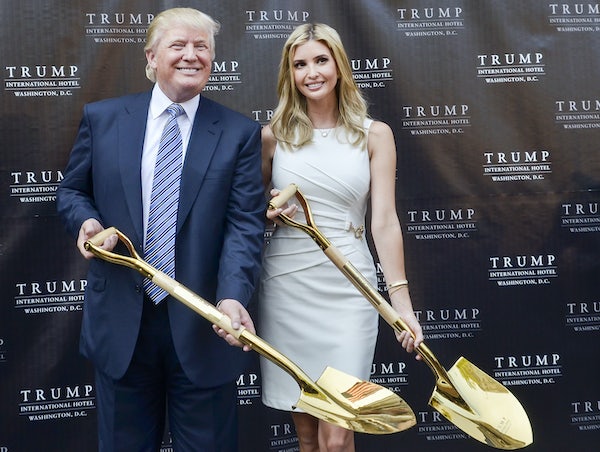 Ivanka Trump is not a secret liberal.

Throughout this election cycle, Ivanka, Donald’s darling daughter, has been cast as her father’s tempering force. She is often described as Donald’s “better half.” And, as the sane Trump, she was attributed with reining in her father after his “Mexican rapist” remarks and applauded for her speech at the RNC where she “sounded like a Democrat.” The Ivanka we are given is a daughter who is torn—between the duty she must feel towards a father who loves her and her secret, personal liberal leanings (she has, after all, donated to Democrats).

But make no mistake: Ivanka is her father’s daughter. Just look at her interview today with Cosmopolitan on Donald’s (her) new maternity leave plan, in which she seemingly walked out because the questions were too “negative.” Immediately afterwards, she took to Twitter to berate the magazine. Sound familiar? And that’s not to say anything about the actual contents of the plan—which only gives leave to mothers and provides a measly child care rebate—or the fact that she has been brazenly lying on air about the candidates’ records on the issues.

And lest we forget, Ivanka Trump, supporter of #WomenWhoWork, also loves to #NotPayWomenWhoWork.