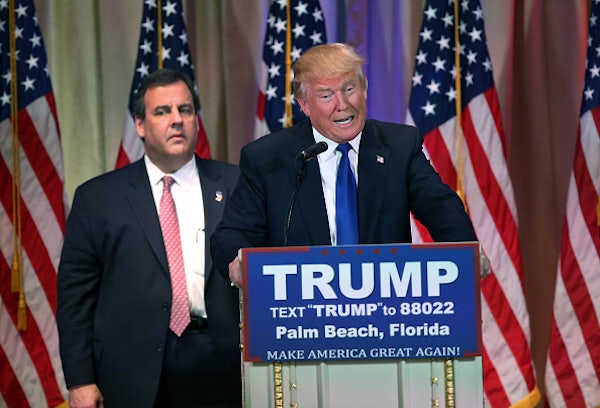 On Monday, prosecutors confirmed what New Jersey officials have previously testified: that Christie in 2013 had knowledge of his staff’s plan to shut down traffic lanes leading to the George Washington Bridge in an act of political retribution against a local mayor who had refused to endorse him for governor. This latest episode in the saga of “Bridgegate” would normally be the final nail in the coffin of Christie’s career, but in Trump he has found a leader who is similarly lacking in ethical standards.

The New Jersey governor has been riding on Trump’s coattails ever since he ended his presidential bid in February. Turning a complete 180 after calling Trump unfit to be president, he hoped to be picked as Trump’s running mate (a sore point), and is now vying for a top position in the candidate’s cabinet as the head of his transition team. The costs of being Trump’s lackey have been high, best captured by the memes that followed his infamous appearance alongside Trump during his Super Tuesday victory speech in March (e.g., “DEAR GOD, WHAT HAVE I DONE?”). But at this point, it’s all starting to make sense. Where else can Chris Christie go?

Christie has proven himself to be a loyal Clinton attack dog—but with more damning revelations in Bridgegate coming to light, he might have to take it up a notch.