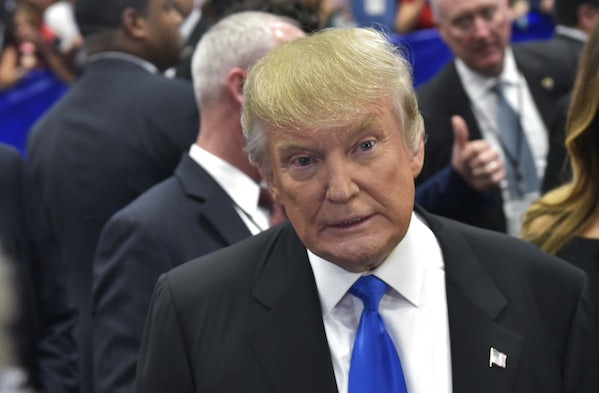 If the debate doesn’t convince voters that Donald Trump is unfit to be president, then nothing will.

All his flaws were on display: the racism, the sexism, the nastiness, the mendacity. Can you imagine what would have happened to Mitt Romney’s campaign if he had boasted that exploiting the housing crisis was just “business”? What would the pundits say about Hillary Clinton and her shady ways if she had declared that avoiding income taxes makes her “smart”? What if Barack Obama had only one idea—and a dangerous one at that—to improve the economy?

Any and all these faults are disqualifying, and Trump did nothing to hide them. They were, instead, amplified by the klieg lights of a prime time presidential debate, beamed into the homes of tens of millions of voters. To any reasonable person, the question of who “won” the debate should be dead simple: Hillary Clinton did.

Whether Clinton did enough to convince undecided voters to cast their ballot for her—as opposed to a third-party candidate—is another question. In these kinds of settings, Trump tends to dominate the proceedings. But perhaps the debate succeeded in showcasing what was at stake. A Trump victory would set back progress on civil rights and gender equality by generations. A grifter and a chronic liar would occupy the Oval Office. For at least four years, Americans would have to listen, week in and week out, to a raving blowhard who can’t let go of his beef with Rosie O’Donnell.

Clinton brilliantly underscored all this with a bit of oppo research that took Trump by surprise, introducing to a national audience a former Miss Universe contestant that Trump allegedly called “Miss Piggy” and “Miss Housekeeping” (because she is Latina). Clinton said that the contestant, Alicia Machado, recently became a U.S. citizen, and that “you can bet she’s going to vote this November.” Trump instantly had a meltdown that showed no signs of abating on Tuesday morning, when he told Fox News that Machado deserved his ire because she “gained a massive amount of weight, and it was a real problem.”