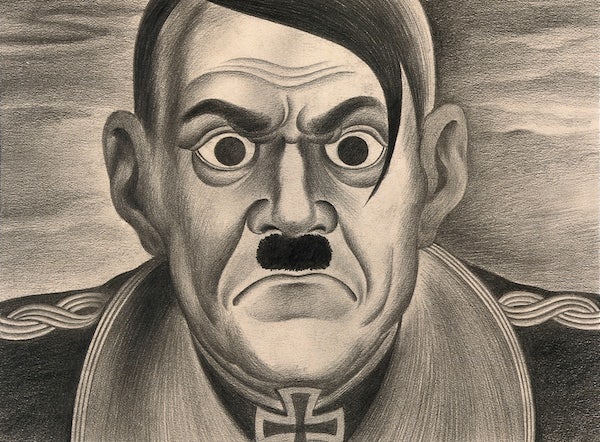 The name “Donald Trump” does not appear in Kakutani’s review of the first volume of historian Volker Ullrich’s Hitler biography Ascent. Here’s how the review starts:

How did Adolf Hitler—described by one eminent magazine editor in 1930 as a “half-insane rascal,” a “pathetic dunderhead,” a “nowhere fool,” a “big mouth” — rise to power in the land of Goethe and Beethoven? What persuaded millions of ordinary Germans to embrace him and his doctrine of hatred? How did this “most unlikely pretender to high state office” achieve absolute power in a once democratic country and set it on a course of monstrous horror?

Kakutani (of Sex and the City fame) then proceeds to lay out, subtweet by subtweet, the similarities. For instance:

Hitler analogies have already been overused this election, but Kakutani’s winking subtlety gets the job done much more effectively.