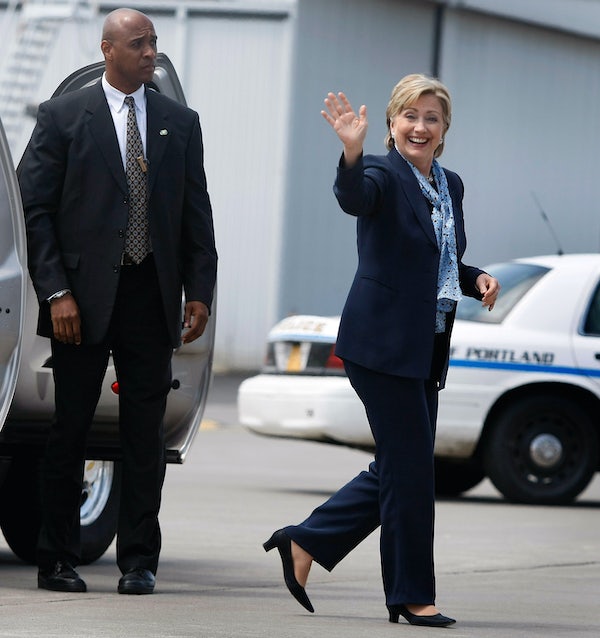 Since John F. Kennedy won the state in 1960, every successful presidential campaign has won Ohio. But the Clinton campaign is sending signals that it’s abandoning the battleground state. According to a new report from The New York Times’s Jonathan Martin, Clinton has at least one foot out the door in the Buckeye State, where Trump has held a small lead for the last several weeks. “Hillary Clinton has not been to the state since Labor Day, and her aides said Thursday that she would not be back until next week, after a monthlong absence, effectively acknowledging how difficult they think it will be to defeat Donald J. Trump here,” Martin writes.

Former Ohio Democratic Party chair James Ruvolo told Martin that the Clinton campaign won’t abandon the state entirely, however. “They’ll keep putting in money, but I don’t think they’re going to put a lot of her time in here.”

Martin and a number of the people he spoke to note that Ohio is not quite the crucial bellwether state it once was. Clinton has many paths to get to 270 electoral votes and Ohio, which is “whiter, older, and less-educated” than the nation as a whole, may not be as easy to win as other key states, like North Carolina and, most importantly, Florida.

But the Clinton campaign’s decision not to fight tooth and nail for Ohio is still notable. It wasn’t so long ago that it was eyeing an electoral landslide—six weeks ago they were talking about invading Arizona and Georgia. With less than 40 days until the election, the campaign appears to be shifting to a strategy of putting more resources into fewer states. And for all the demographic challenges Ohio presents, Barack Obama won the state twice, meaning that there is a way for a Democrat to win Ohio if Clinton can convince voters there that Trump is not the populist defender of the working class he pretends to be.