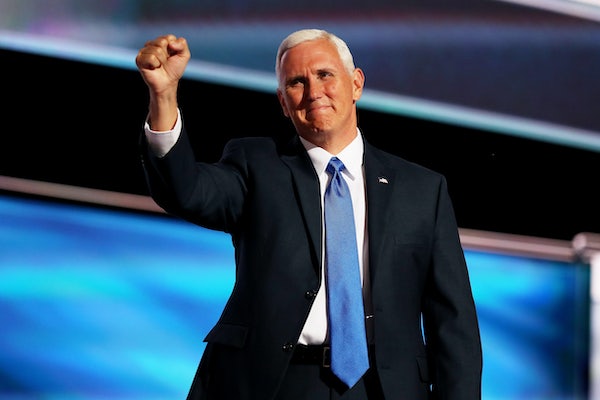 Surprise! Mike Pence is a hypocrite.

The International Business Times reported today that the governor, a self-proclaimed “evangelical Catholic” who once bragged he had never even purchased a lottery ticket, has benefited from over $2 million in donations from the gaming industry. Industry groups donated to the Republican Governors Association while Pence helped head its fundraising efforts, and lobbyists linked to the industry deposited a half million dollars into Pence’s campaign account.

It paid off, according to IBT:

Meanwhile, casinos hit a legislative jackpot at Indiana’s state Capitol: Pence signed tax legislation benefiting the gaming industry; by not vetoing the bill, he allowed for the passage of separate landmark legislation permitting riverboat operators to move casinos on shore. His administration also helped a major RGA donor from the lottery industry, GTECH. (That company has since merged with a competitor, International Game Technology.)

A Pence spokesman downplayed IBT’s investigation in a statement, claiming that it is routine for gambling groups to donate to the RGA. But as a Republican governor, Pence clearly benefited from these donations while mythologizing himself as a paragon of Christian virtue.