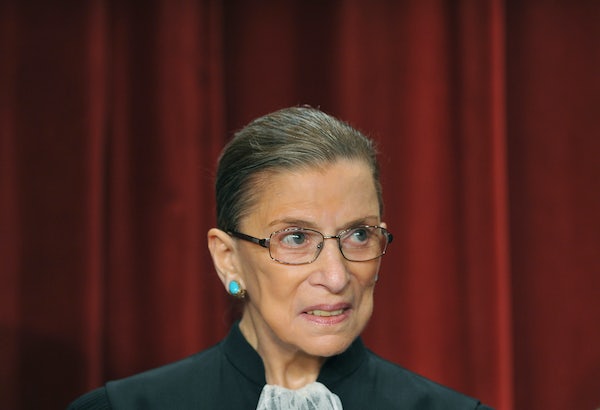 Ruth Bader Ginsburg thinks Colin Kaepernick’s refusal to stand for the anthem is “dumb and disrespectful.”

In an interview with Katie Couric of Yahoo News, the outspoken Supreme Court justice said the quarterback’s defiance was “really dumb” and stemmed from a place of arrogance.

“Would I arrest them for doing it? No,” Ginsburg elaborated. “I think it’s dumb and disrespectful. I would have the same answer if you asked me about flag burning. I think it’s a terrible thing to do, but I wouldn’t lock a person up for doing it. I would point out how ridiculous it seems to me to do such an act.”

When pressed by Couric to elaborate on her thoughts, Ginsburg said of Kaepernick and other protesting athletes:

Ginsburg’s comments are the latest evidence of the deep divisions surrounding the issue. The 49ers quarterback began “taking the knee” during the national anthem this past August in protest of the many ways this country unjustly treats its citizens, specifically those of color. Since then, the NFL star has been embroiled in controversy.

Ginsburg reveals that the division may in part be generational. The reference to flag-burning calls to mind the 1989 case Texas v. Johnson, in which the Supreme Court struck down laws forbidding the desecration of the Stars and Stripes. The case scrambled the court’s ideological divisions, with liberals like William Brennan joining conservatives like Antonin Scalia in voting with the majority. A prominent dissenter was Justice John Paul Stevens, a World War II veteran who would go on to become a lion of the liberal wing. In his dissent, he wrote an emotional appeal to the flag’s sanctity, “The value of the flag as a symbol cannot be measured.” Ginsburg’s objection to Kaepernick may draw from a similar vein of patriotism.