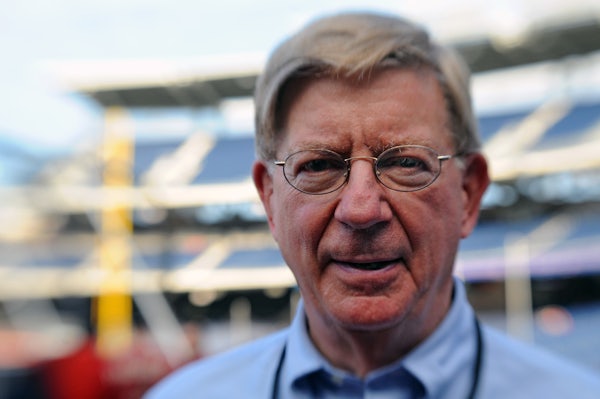 George Will desperately wants to get his old Republican band back together.

After spending several cathartic paragraphs excoriating Donald Trump and the Republicans who enabled him, Will gets to the nub of it—his hope that Trump’s defeat will be so all-encompassing, Republicans can blame all of their travails on a single freakish black swan imposter.

[B]y persevering through Nov. 8 he can simplify the GOP’s quadrennial exercise of writing its post-campaign autopsy, which this year can be published Nov. 9 in one sentence: “Perhaps it is imprudent to nominate a venomous charlatan.”

…Trump is the GOP’s chemotherapy, a nauseating but, if carried through to completion, perhaps a curative experience.

Within the span of two sentences, Will has (perhaps unintentionally) cast Trump as both disease and cure, but he can’t be both. If the trauma of enduring the Trump implosion is curative, the question is, What is it curing? Will has no answer other than: The cure is itself.

He arrives at this circular reasoning because he finds little fault in the way Republicans conducted themselves during the eight or 50 years they spent inching toward a Trumpian reckoning. That’s why he thinks the 2016 post-mortem should blame the GOP’s defeat on the singular error of nominating Trump.

A better medical metaphor for Trump is neither disease nor cure, but late-stage symptom. Will could write a more enlightening column if he grappled with how his former party acquired the illness and why they didn’t intervene against it before it became fatal. But first he’d have to accept that the good old days aren’t coming back.