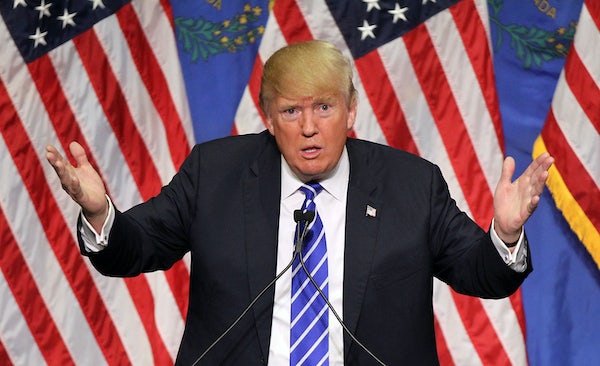 Donald Trump is going to blame losing the election on voter fraud, which isn’t real.

On Sunday, Rudy Giuliani attempted to spin Trump’s claims that a massive plot is underway to steal the election by claiming that Trump was really just talking about the media, which Giuliani argued had coordinated to take the Republican candidate down. To be sure, Rudy, without evidence, did say that “dead people generally vote for Democrats,” but it was clear that he was trying to walk back Trump’s increasingly belligerent claims about voter fraud. Trump was watching, because he sent out this tweet shortly after Giuliani’s appearance on CNN:

And then he doubled down on Monday morning:

In the second tweet, he seemed to be signaling that he plans to use voter fraud as a wedge with the Republican establishment. In this scenario, Republican leaders who condemn his attempts to delegitimize the electoral process are part of a global conspiracy and shouldn’t be trusted—after all, it is “obvious” that voter fraud is happening.

Of course, it isn’t obvious at all. Voter fraud is not a problem, period. In 2014, for instance, an investigation of American elections found only 31 incidents of fraud in over a billion ballots. But voter fraud has always been a dog whistle—it means “nonwhite people are voting for the other side”—and Trump here is just doing what he’s done all campaign long: playing a dog whistle into a 100 watt Marshall amplifier.