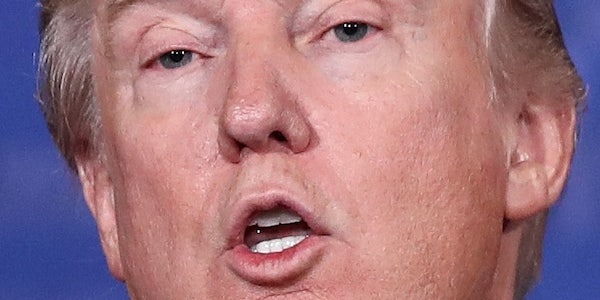 I am tired of Donald Trump.

I am tired of seeing his scrunched-up face on TV. I’m tired of hearing his voice through a microphone, amplifying his absolutely bonkers, incoherent arguments. Tonight, some pundits will say that Trump did well, because he stood behind a podium and said some words. But the truth is that it’s insane that Hillary Clinton—honestly, any human being—had to go through a third debate where Trump constantly interrupted her by bellowing the word “WRONG.” Where Trump can say, to her face, that Clinton is “such a nasty woman” without being challenged. Where he can cite crazy conspiracies—including that Clinton and Barack Obama paid people $1,500 to incite violence at his rallies and that the women who are accusing him of sexual assault are Clinton campaign plants—and the debate marches on.

Once again, Trump said things that are completely disqualifying—calling immigrants “bad hombres,” insisting that the election is “rigged”—and the post-debate analysis will still focus on who “won.” I am tired of Donald Trump. I hope America is, too.