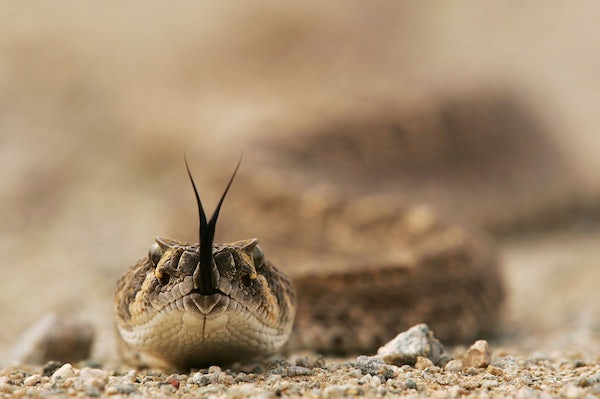 Is Donald Trump the fabled Snake?

In his speeches, Trump often recites the lyrics of the 1968 Al Wilson song “The Snake,” written by Oscar Brown, Jr. A variation of the fable “The Scorpion and the Frog,” the song tells the story of a naive woman who takes in a wounded snake, only to be betrayed by the predator who bites her and says, “You knew damn well I was a snake before you took me in.” From the point of view of Trump and his supporters, the meaning of the song is this: The United States can’t let in Muslim refugees because they are irrevocably hostile and will turn on those who help them.

But this weekend, an old Trump tweet was recirculated that offers a new layer of meaning to his use of the story.

In “The Scorpion and the Frog,” the scorpion bites the frog even though the act will lead both to drown. He justifies himself by saying, “It’s my nature.”

The identical phrasing is uncanny. It’s almost as if Trump, in some corner of his brain, is aware that he himself is the snake or the scorpion who was too readily accepted by credulous Republicans. That he knows Republicans were wrong to put their faith in a creature who is by his nature both destructive and self-destructive.