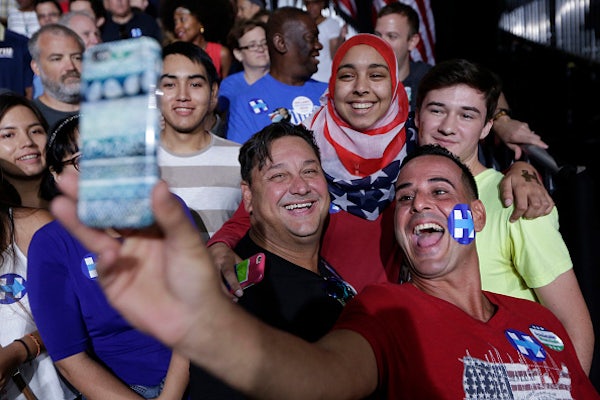 As of Wednesday, Hillary Clinton held a 28-point lead over Donald Trump among younger voters—surpassing President Barack Obama’s advantage during his 2012 reelection campaign. In an age bracket that identifies mostly as Democratic or Independent, this was long overdue.

It was only last month that Clinton was still scrambling to attract young voters. It seems the campaign was riding out the residual effects of a hard-fought primary, in which Sanders emerged as the unequivocal favorite among millennials. The Vermont senator’s brand of progressivism won the youth vote by large margins in many states, at ratios of 5-to-1 and even 6-to-1. Meanwhile, Clinton seemingly could not figure out how to shake his portrayal of her as a pawn of Wall Street and Big Business, which was, at one point, parodied by Saturday Night Live:

When Sanders prolonged the primary well after it became clear that he would lose and offered a very lukewarm concession, the millennials who supported him did not rush over to the Clinton camp. It appears the tide really began to turn after the release of the video in which Trump described sexually assaulting a woman.