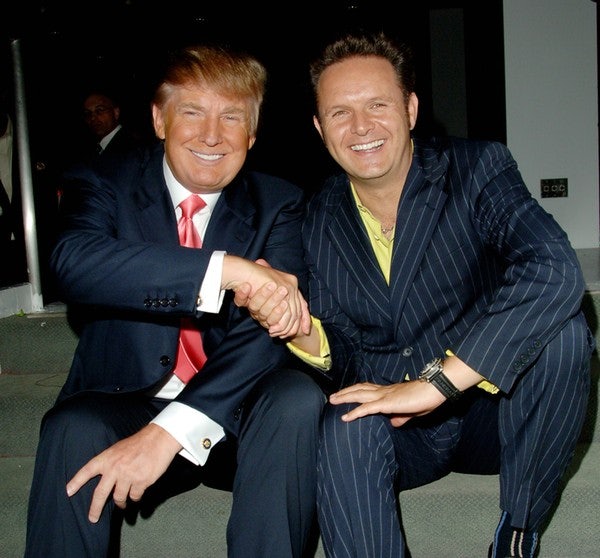 Apprentice producer and man responsible for American decline Mark Burnett may have stopped the flood of damaging Trump leaks.

Back in mid-October, after the Billy Bush tape unleashed a surge of leaks about Trump’s boorish behavior on the set of The Apprentice (as well as rumors that Trump was recorded saying the n-word) America turned its weary eyes to Burnett, whom it believed controlled access to the tapes. Burnett claimed that he had absolutely no power to release anything:

“MGM owns Mark Burnett’s production company and The Apprentice is one of its properties. Despite reports to the contrary, Mark Burnett does not have the ability or the right to release footage or other material from The Apprentice. Various contractual and legal requirement also restrict MGM’s ability to release such material.”

But Burnett, the Australian producer of Survivor and The Apprentice who was sent back in time to destroy America, has apparently spent the last few weeks sending signals to former Apprentice staffers that leaking to the press could result in serious professional and legal blowback. One Apprentice staffer told The Daily Beast, “They didn’t directly ‘threaten’ [legal action] … but the message was clear: Don’t talk to the media, don’t leak to reporters.”

It’s possible that Burnett is just trying to protect his own skin—that he believes that these leaks damage his ability to attract talent to his shows because they suggest that he doesn’t run a tight ship. But as I wrote this morning, the rule of this election has been that whichever candidate is receiving media attention is losing. By clamping down on leaks, Burnett is working to keep Trump out of the spotlight and therefore helping his chances of winning the election.