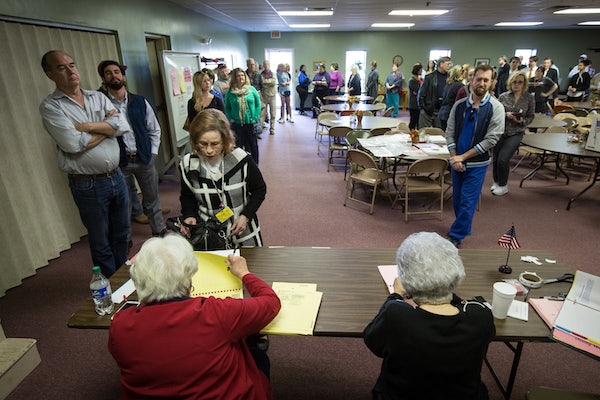 Based on a CNN exit poll of more than 23,000 voters, more white women voted for Donald Trump than for Hillary Clinton. This debunked the well-entrenched notion that Clinton enjoyed a historically large advantage with this demographic and among women in general. So were white women voters actually closeted Trump supporters unwilling to admit to pollsters where their loyalties really lay?

Unsurprisingly, Clinton was overwhelmingly the favored candidate among black and Latina women voters, with a staggering 93 percent of black women voting for her.

Overall, the racial divide revealed by the exit polls is stark. In every age bracket, white voters favored Trump, growing in proportion as they aged. For non-white voters in every age bracket, their support for Clinton was much stronger. The only factor that differentiated the level of support among white women voters was education, with college-educated white women favoring Clinton, compared to non-college educated women who favored Trump by a far higher margin. But still, at 45 percent, the proportion of college-educated women favoring Trump was probably much higher than what many assumed. It seems that all the talk about Trump’s treatment of women turning women voters away from him may have just been some wishful thinking.