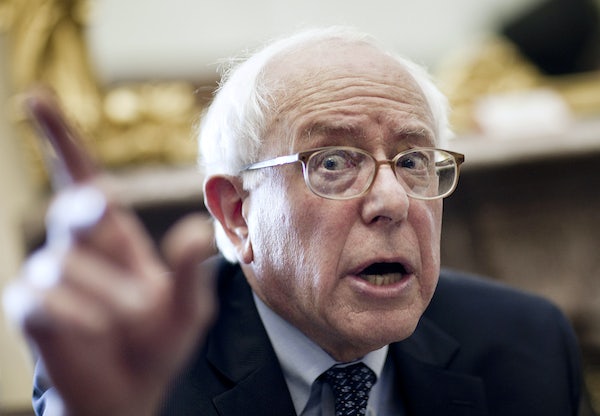 Could Bernie Sanders have beaten Trump?

In an article out today at The Washington Post, Freddie DeBoer makes this case. He points out that Sanders during the Democratic primary won in key states, like Michigan and Wisconsin, that Clinton lost in the general, and that Sanders was able to attract independent voters. He also notes Sanders’s higher favorability and popularity ratings. Of course, such arguments are entirely speculative. We don’t know how Sanders would have fared under Republican attacks. And we can’t forget that Sanders lost the primary, by a not insignificant amount.

But one of the biggest arguments made by Clinton and her supporters was that she was pragmatic and electable—the safe candidate. Sanders’s campaign, with its proposals for a $15 minimum wage and universal health care, was derided as pie-in-the-sky, and the candidate himself painted his platform as an electoral disaster. I suspect that more than a few Democrats went with their heads instead of their hearts when casting their votes for Clinton. But we found out that playing a safe and moderate campaign (i.e., picking Tim Kaine, the most forgettable man in existence) doesn’t necessarily translate into a winning one. Clinton failed to pick up moderate Republicans and white women. And many of her supporters skated over her extreme unfavorability ratings and her inability to generate excitement.

There is no concrete evidence that Sanders would have won. But we were sold a candidate who we were told was electable, when most of the signs pointed to the fact that she wasn’t.