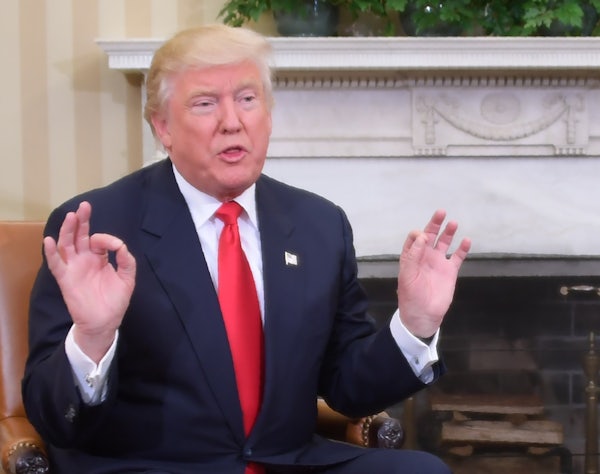 Donald Trump, the president-elect of the United States, is still complaining on Twitter that life is unfair.

The next leader of the free world began Thursday with a “cordial” meeting with President Barack Obama about the White House transition, and he somehow managed to sound presidential. “I have great respect,” he said while sitting beside Obama in the Oval Office. “We discussed a lot of different situations, some wonderful, and some difficulties. I very much look forward to dealing with the president in the future, including counsel.”

Fast forward to Thursday night. As protests broke out in cities across America, Trump took to Twitter to whine, as he is wont to do.

This is the man who, for months leading up to the election, insisted that it was “rigged” and left the country in “suspense” about whether he would accept the result. Now that he has won, he has no doubt that the election was legitimate, and those who figuratively consider his forthcoming presidency to be illegitimate are being “unfair” to him.

If this is the last thing I ever write, it’ll be because my head just exploded.