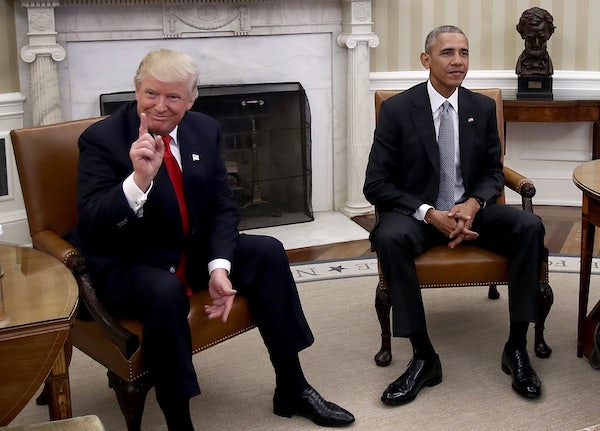 David Brooks thinks Donald Trump will be impeached. Don’t count on it.

The New York Times columnist penned an entire column about preparing for “the post-Trump era,” concluding that “the guy will probably resign or be impeached within a year.” He’s not alone. On the left, filmmaker Michael Moore predicted on Morning Joe that American won’t “have to suffer” through a whole term of Trump since “he will—maybe unintentionally—break laws.”

And as The Washington Post reported back in September, Allan Lichtman, the American University professor who correctly predicted Trump’s victory, also predicted that “Trump would eventually be impeached by a Republican Congress that would prefer a President Mike Pence—someone who establishment Republicans know and trust”:

This one is not based on a system, it’s just my gut. They don’t want Trump as president, because they can’t control him. He’s unpredictable. They’d love to have Pence — an absolutely down the line, conservative, controllable Republican. And I’m quite certain Trump will give someone grounds for impeachment, either by doing something that endangers national security or because it helps his pocketbook.

There’s no evidence the Republican Party, which almost uniformly capitulated to Trump, will grow a spine now that he actually occupies the Oval Office and is in a position to give them everything they want. Trump is here to stay.