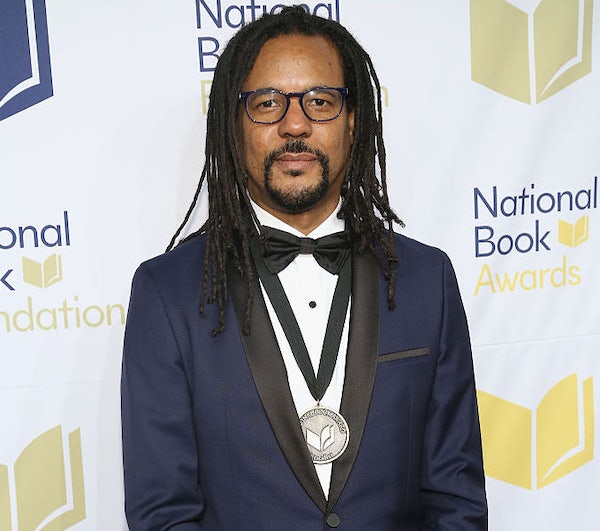 The National Book Awards are woke.

For the most part, the 67th National Book Awards were not so different than the sixty-six that came before. This is meant to be an evening for the publishing industry to celebrate itself for promoting free expression and (though this is a relatively recent development) diversity. But it’s always been a bit ironic, in that the National Book Awards are also devoted to a certain kind of publishing, which is to say (typically and with the exception of the Poetry category) mainstream and corporate and moneyed. It is an event for the establishment, and however much the industry pats itself on the back for promoting voices that might otherwise not be heard, the National Book Awards is not really an event for these voices. Too often the people in the room take precedence over what is ostensibly being celebrated, but for the most part and to its benefit that was not true of the 2016 National Book Awards.

It was clear that the National Book Awards were better this year. They were absolutely centered in this historical moment—eight days after the election of Donald Trump, the awards were very much focused on the meaning of his election, and the importance of art and literature in the wake of it.

Host Larry Wilmore set the tone for the evening with a monologue that was more about the election than it was about books. “It’s exciting in the same way that an asteroid hurtling towards earth is exciting—yeah it’s spectacular but we’re going to die anyway!” he said. He then launched into an extended joke about how Trump’s election was like getting a new Samsung Galaxy Note 7 before hitting the bit’s ultimate punchline: “I’m a little concerned—is America ready for a white president?” It was mostly standard fare, but his monologue was funny and cathartic and a hundred times better than anything that’s been done at the National Book Awards in at least a decade.

But the 2016 National Book Awards were mostly a very serious affair. The most moving moment of the evening, by far, was when Congressman John Lewis and his two co-authors Andrew Aydin and Nate Powell celebrated winning the National Book Award for Young People’s Literature for March: Book Three. All three held back tears. Lewis said, “I remember when I was 16 years old going down to the public library getting library cards and we were told that the library was whites only and not for coloreds. And to come here receiving this award...” Powell went for a joke, saying, “A challenge to our incoming president: I challenge you to take this trilogy into your tiny hands to allow your tiny heart to be transformed by it.”

Colson Whitehead, meanwhile, had advice for the audience: “I was sort of stunned. And then I hit upon something that was making me feel better and it was be kind to everybody and make art and fight the power. That seemed like a good formula for me, anyway.... They can’t break me—BMF—because I’m a Bad Mother Fucker.”

Ibram X. Kendi, who won for his timely intellectual history of racism in America, Stamped from the Beginning: The Definitive History of Racist Ideas in America, spoke about his six-month old daughter, saying, “We named her Imani. Imani in Swahili means faith. Her name of course has a new meaning for us. As the first black president is set to leave the White House. And as a man who was emphatically endorsed by the Ku Klux Klan was about to enter..... I just want to let everyone know that I spent years looking at the absolute worst of America, it’s horrific history of racism. But in the end I never lost faith that the terror of racism would one day end. Because every racist idea there was an anti-racist idea. For every killer of the mind there was a life-saver of the mind. And in the midst of the human ugliness of racism, there was the human beauty—there is the human beauty in the resistance to racism. That is why I have faith. And I’ll never lose faith that you and I can create an anti-racist America where racial disparities are non-existent, where Americans are no longer manipulated by racist ideas, where black lives matter.”

Larry Wilmore summed up the entire evening in his final remarks: “The National Book Foundation is woke!” Not always, but certainly in 2016—and, it seems, for the foreseeable future.