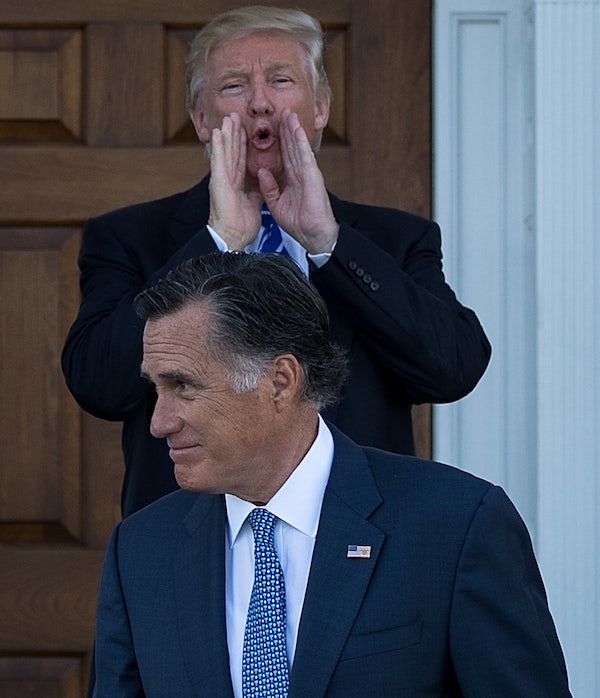 Trump is running his transition like it’s a game show.

Last week, as rumors were swirling about who would make up a potential Trump cabinet, the president-elect took to his newly regained Twitter account to up the already palpable sense of anticipation:

Trump was clearly hitting back at the numerous reports that his transition effort was going very badly, but he also couldn’t help but play his second-most famous role: that of game show host. (His most famous role is fake billionaire.) The use of the word “finalists” here is telling and, while Trump’s official appointments have entirely gone to long-time loyalists, his meetings suggest that Trump is trying to manufacture drama and subplots. Will Mitt Romney—last seen in season one, episode seven calling Trump a “con man” and a “fraud”—get a rose from his former rival? Tune in!

Trump has even taken to appearing semi-regularly to give non-updates, a la Ryan Seacrest. As Politico reported on Monday, “Trump is managing to keep news coverage of his transition on his own terms, eschewing press conferences where reporters could ask serious questions and offering only photo ops and tweets the media continues to willingly amplify.”

In some ways this is nothing new—cabinet appointments are always subject to enormous speculation. But the difference here is how willingly Trump is stoking the flames, acting as a ringmaster of his own transition and behaving in a way that could charitably be described as misdirection.

This is how Trump has run his businesses for decades, and often how he ran his campaign. But given Trump’s new power to shape global events and markets, his addiction to creating drama for drama’s sake is worrisome, to say the least.