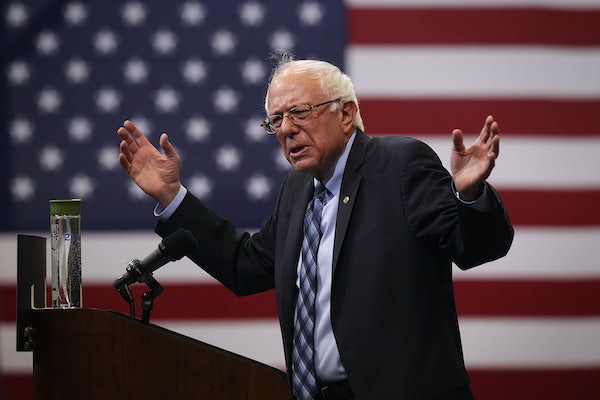 Talking Points Memo published a piece this morning with the headline, “Sanders Urges Supporters: Ditch Identity Politics And Embrace The Working Class.” The article cited Sanders’s speech last night at in Boston, where he stated, “It is not good enough for somebody to say, ‘I’m a woman, vote for me.’ That is not good enough.” The TPM article suggested that Sanders was creating a dichotomy between identity politics and working class politics, and that he was asking people to choose the latter: “In a speech Sunday, Sen. Bernie Sanders (I-VT) urged attendees to move away from ‘identity politics’ and towards policies aimed at helping the working class.”

But if you look in the quote in context, Sanders’s argument is much more nuanced than that:

Sanders argued for more women and minorities in Congress, stating, “We need 50 women in the Senate. We need more African Americans,” while adding that we also “need all of those candidates and public officials to have the guts to stand up to the oligarchy.” He stated that we have to “fight to bring more and more women into the political process, Latinos, African Americans, Native Americans,” but that they also need to be “candidates who stand with those working people.” Sanders’s criticism that diversity on its own does not necessarily translate into lifting up the working class is a fair point and not, as TPM implies, a condemnation of diversity itself.

Post-election, there have been attempts to divide the left between those who support identity politics and those who support class politics. But the two are often inextricable, given the large percentage of minorities in the working class. In his speech last night, Sanders made an argument for both kinds of politics.