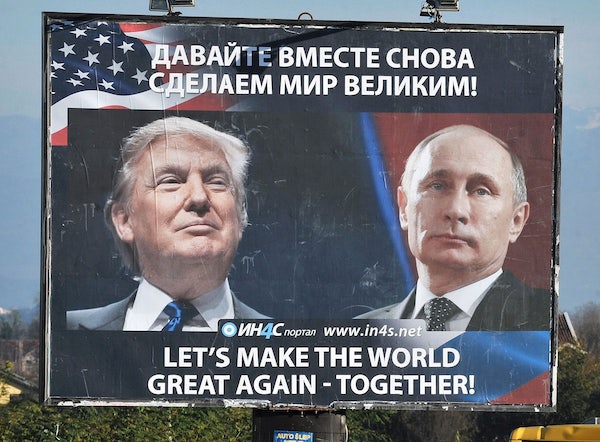 Donald Trump’s new party line: The hacking was done by everyone but the Russians.

With gathering calls for a bipartisan investigation into Russian interference in the presidential election, Trump’s team is suggesting the hacking of the Democratic National Committee could’ve been done by anyone. On Fox & Friends this morning, John Bolton, the Trump adviser who is being considered for a State Department position, said, “I think it’s at least a question to be asked whether or not this was a false flag operation with some foreign government other than Russia.” Bolton named China, Iran, and North Korea as possible culprits, going against what seems to be the strong CIA consensus on Russian responsibility. Former presidential candidate Carly Fiorina met with Trump this morning and said, “We talked about hacking. Whether it’s Chinese hacking or purported Russian hacking.” And former Trump adviser Carter Page reportedly suggested earlier today that the hacking was a false flag operation carried out by the United States government.

All of this is in keeping with Trump’s own assertion that you can’t definitively blame the Russians. As he tweeted this morning, “Unless you catch ‘hackers’ in the act, it is very hard to determine who was doing the hacking.” Taken together, all these comments add up to a clear propaganda push with a single message: We can’t know who did the hacking, it could have been anyone, except maybe the Russian government.