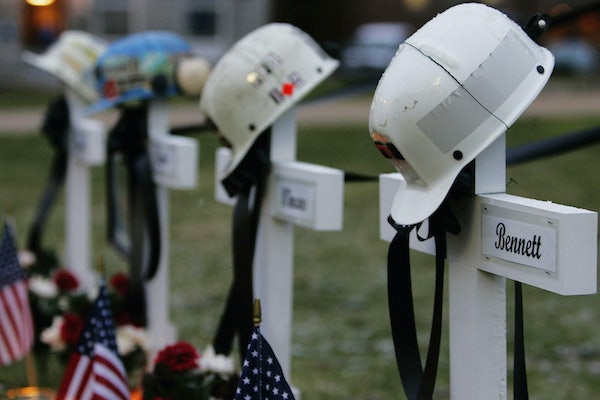 Liberals should try not having so much contempt for the poor.

When you’re dying of black lung, you cough up a thick mucus that looks a bit like coal tar. You go on oxygen. You let doctors cut out pieces of your lungs until there’s not enough left and then you go choking into that good night. It is a terrible way to die, which is precisely why miners unionized to demand health insurance and pensions for retirees. Those pensions are now at risk: As NPR reported earlier this month, approximately 16,000 retired miners stand to lose health insurance and pensions this month. Senate Democrats had been holding up a year-end spending bill in an attempt to pass an emergency provision funding the pensions, but on Friday evening they capitulated.

Markos Moulitsas of Daily Kos is here to explain why these elderly people deserve to lose their health insurance:

Don’t weep for these coal miners, now abandoned by their GOP patrons. They are getting exactly the government that they voted for. Democrats can no longer offer unrequited love and cover for them. And isn’t this what democracy is all about? They won the election! This is what they wanted!

Moulitsas isn’t the only liberal to roll their eyes at conservative voters now worried for their health care. See Paul Krugman:

And Michael Cohen, responding to a new Vox piece on Kentucky Obamacare enrollees who supported Trump:

The Trump presidency will be awful for miners and a number of other working class and poor whites. It should make you angry. It should make you sad. If it makes you gloat instead, then look in the mirror the next time you want to know why your political philosophy doesn’t attract more people. Coal country may have voted for Trump, but it’s right about one thing at least: Liberals won’t save it.