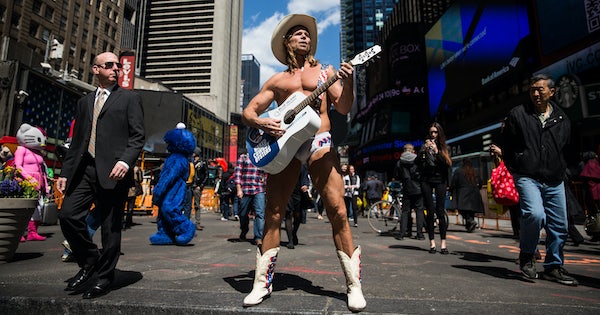 David Martosko, the Daily Mail political editor who has reportedly interviewed for—and subsequently not gotten—a communications gig in Donald Trump’s White House, is out with a bizarre new article on the president-elect’s vote totals. The headline: “Final tally shows Trump lost popular vote by 2.8 million — but he BEAT Clinton by 3 million votes outside of California and New York.” Hillary Clinton’s “upper hand with voters ... came down to performances in New York and California that were far stronger than necessary, Martosko writes, but she “lost the rest of the country.”

The implication is that because Clinton’s popular vote victory is partly attributable to two coastal, elitist, liberal states, it doesn’t say anything significant about America’s true political preferences and thus can be written off. But California and New York are the nation’s two cultural and economic hubs, the former home to Hollywood and Silicon Valley, the latter the heart of American business and media. These states are also in the top four by population and top three by GDP, and their diverse populations are far more representative of America’s multiculturalism than the states Trump carried. Speaking of which: