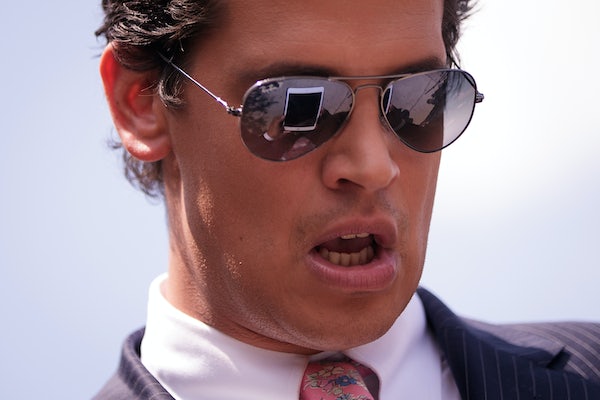 According to The Hollywood Reporter, Milo will be writing a memoir for Threshold Editions, an imprint of Simon & Schuster which also publishes Donald Trump, Michelle Malkin, Rush Limbaugh, Laura Ingraham, Dinesh D’Souza, and James O’Keefe. Milo presented the book deal to THR as a triumph—proof that being banned from Twitter hasn’t hurt his appeal. “I met with top execs at Simon & Schuster earlier in the year and spent half an hour trying to shock them with lewd jokes and outrageous opinions. I thought they were going to have me escorted from the building, but instead they offered me a wheelbarrow full of money,” Yiannopoulos told THR.

The book deal is being treated on Twitter as what it is—an outrage: Simon & Schuster, which is owned by CBS, is giving a quarter of a million dollars to a man who holds racist and sexist views. Of course, Milo does fit in at Threshold, a conservative publisher (if you didn’t figure that out based on its stable of authors) which was founded by Mary Matalin. But Milo’s trolling, alongside his odious beliefs, do set him somewhat apart: Simon & Schuster can and should expect a lot of pushback from people who do not believe that people like Milo should be given a megaphone.

Milo’s book deal also hasn’t been confirmed by Simon & Schuster, but a page for his book does exist on the company’s website and Threshold Editions did retweet the Hollywood Reporter story. But THR was not able to get comment from representatives from Simon & Schuster or Threshold. I’ve reached out multiple times for comment and will update this piece when I hear back.

And here’s a statement from Threshold Editions:

Threshold Editions, an imprint of Simon & Schuster, will publish DANGEROUS by Milo Yiannopoulos on March 14, 2017.

Dangerous will be a book on free speech by the outspoken and controversial gay British writer and editor at Breitbart News who describes himself as “the most fabulous supervillain on the internet.”