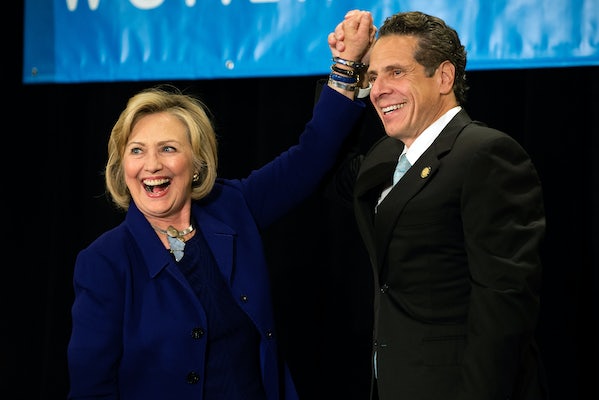 The ethically challenged, middle-of-the-road, charisma-less friend of Wall Street, who is detested by many of his state’s rural voters, would probably have a hard time winning the party’s nomination in 2020, let alone the presidency. And yet the New York governor has surveyed the terrain and apparently concluded that 2020 is his time.

Assessing Cuomo’s motivations can be difficult to do, because he does not seem to have any coherent ideology beyond “shaming Bill de Blasio more or less constantly is good.” But in between his outspoken opposition to Trump (which came very shortly after his outspoken willingness to work with Trump) and his latest proposal of free college tuition, it seems fairly obvious that Cuomo is setting himself up for a run.

According to The New York Times, Cuomo’s plan is fairly similar to the one offered by Hillary Clinton: “Under the governor’s plan, any college student who has been accepted to a state or city university in New York—including two-year community colleges—will be eligible provided they or their family earn $125,000 or less annually.” Of course, this is just a proposal: There is no indication that it will pass, in part because New York’s legislature is hopelessly divided.

The whole point, though, may be to make Andrew Cuomo look good. He got quite an ovation when he announced the plan with liberal hero Bernie Sanders.

But don’t forget: Just two days ago, Cuomo vetoed a bill requiring that the state fund legal services for the poor.