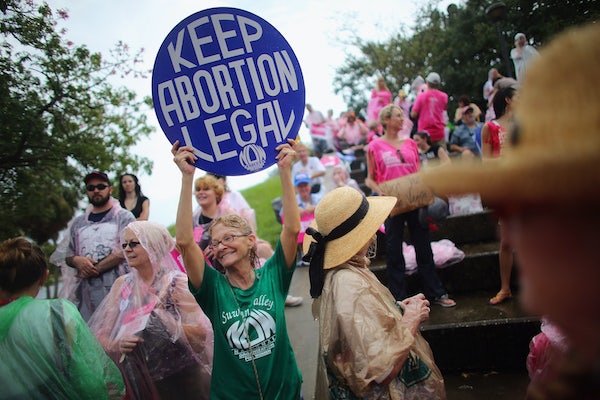 Planned Parenthood should not rest its hopes on Donald Trump supporters.

Yesterday, the ominously named Congressional Select Investigative Panel on Infant Lives was disbanded, concluding an investigation that was spurred in 2015 by widely debunked videos alleging to document the illegal sale of fetal tissue by Planned Parenthood. The resulting nearly 500-page report predictably recommends stripping federal funding from Planned Parenthood and proposes a 20-week abortion ban. Today, House Speaker Paul Ryan confirmed that language targeting the organization’s funding would be included in the Republican effort to repeal the Affordable Care Act.

But if Planned Parenthood is counting on Trump voters to pressure the president-elect or engage in some meaningful show of disapproval to their legislators, the outlook seems pretty grim. It’s hard to imagine that even an enormous bipartisan display of discontent could change the course of entrenched Republican lawmakers who’ve been going after the organization for years. Furthermore, as Slate’s Michelle Goldberg noted, Trump voters who supported federal funding for Planned Parenthood apparently did not care enough to not vote for Trump, despite his repeatedly stated intention to undermine the organization. There’s no reason to believe they’d care enough now to pick an abortion fight with their chosen candidate.