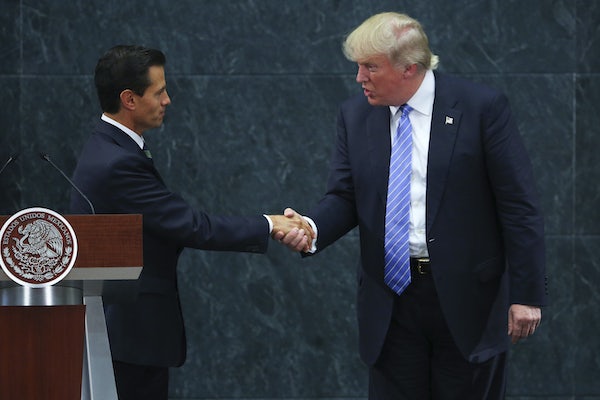 One of the most common refrains of Trump’s campaign was that he would build a “big, beautiful wall” along the Mexican border, that it “will go up so fast your head will spin,” and that “Mexico’s going to pay for the wall.” Turns out, as everyone but Trump himself knew long ago, it’s impossible to keep all three of those promises.

The president-elect’s transition team signaled to Capitol Hill Republicans that he will ask Congress to fund the construction of the wall through the traditional appropriations process. Trump insisted on Friday that he’s not breaking his promise:

In fairness to Trump, he has made this claim about reimbursement before. But that doesn’t make it less preposterous.

Either Trump thinks his supporters are stupid—that they’re willing to believe Mexico would have any incentive to pay back the United States for a project previously funded by our own federal government—or the man who wrote The Art of the Deal truly doesn’t understand how political negotiation works.