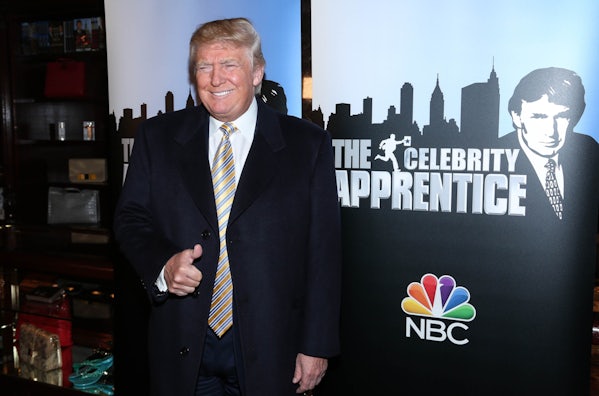 Donald Trump might be the first TV producer to gloat over the low ratings of his own show.

The president-elect has a busy day. He’s scheduled to meet intelligence officials who will brief him on evidence that Russia interfered with the election, an assessment he has disputed. He’s also got a sit-down with Vanity Fair editor Grayden Carter, who famously called him a “short-fingered vulgarian” in the 1980s.

So how does Trump spend the morning? By tweeting about how much better his ratings were on Celebrity Apprentice when he hosted the show:

While there is justified worry that Trump will rule as a kleptocrat, these tweets reveal that there is something our egomaniac-in-chief loves more than money: glory. Trump is addicted to the narrative that his brilliance alone makes success happen. Hence he’s willing to denigrate a TV show for which he’s an executive producer. And if he can get a jab in at a fellow celebrity-turned-politician—who supported John Kasich in the GOP primary and then vowed not to vote for Trump in the general election—that’s all the better.

But the former California governor has got some punch of his own: