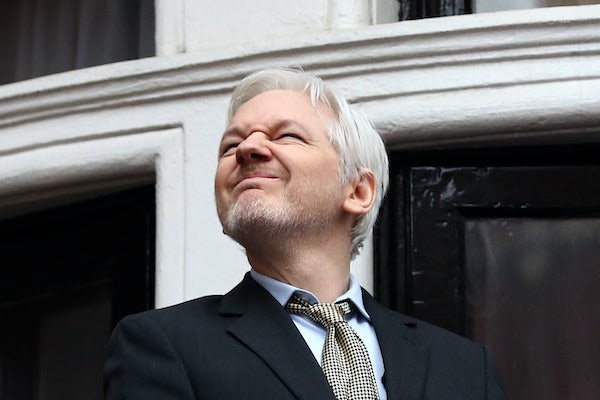 WikiLeaks comes out against leaks.

The world’s most famous publisher of secret information suddenly appears quite concerned about such disclosures—now that they’re to the detriment of Donald Trump:

This is pretty rich coming from the group that has spent a decade disseminating documents from the State Department and other government organizations.

It’s just the latest example of how the politics surrounding WikiLeaks has changed dramatically, after the organization leaked emails from Hillary Clinton’s inner circle to the benefit of Trump’s presidential campaign. Prominent voices in the Republican Party started to sound sympathetic to the group, and Trump at one point openly declared his love for the organization. Earlier this week, the group’s founder, Julian Assange, was interviewed and promoted by Fox News host Sean Hannity, who declared, “I believe every word he says.” Sarah Palin, who once called Assange “an anti-American operative with blood on his hands,” apologized to him this week. The president-elect tweeted his agreement with Assange about the dishonesty of U.S. media companies, only to subsequently deny that same publicly professed agreement. Apparently no one is quite sure where they stand on WikiLeaks these days.