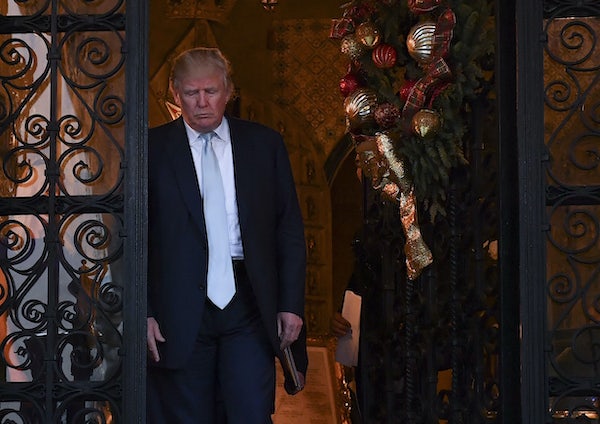 Hours before meeting with leaders of the U.S. intelligence community on Friday, Trump dismissed their consensus view—that the Russian government tried to help him win the presidency by hacking and leaking Democratic Party emails—as “political witch hunt.”

After the meeting was over, his tone changed remarkably, but his unexplained rejection of the intelligence community’s assessment did not.

“I have tremendous respect for the work and service done by the men and women of this community to our great nation,” Trump said in an official statement. “While Russia, China, other countries, outside groups and people are consistently trying to break through the cyber infrastructure of our governmental institutions, businesses and organizations including the Democrat National Committee, there was absolutely no effect on the outcome of the election.”

For reasons both obvious and opaque, Trump has resisted the conclusion that Russia intervened on his behalf in the election. But his efforts to cast doubt on that assessment have drawn him into a protracted and probably ill-advised political fight with the CIA and other U.S. intelligence agencies. His statement today suggests at least some awareness on his part (or more likely on the part of certain staffers) that being crosswise with the entire deep state might is probably not a great state of affairs for a president. But it’s hard to imagine them mending their relationship so long as Trump tweets impulsively and muddies IC conclusions publicly for egotistical reasons.