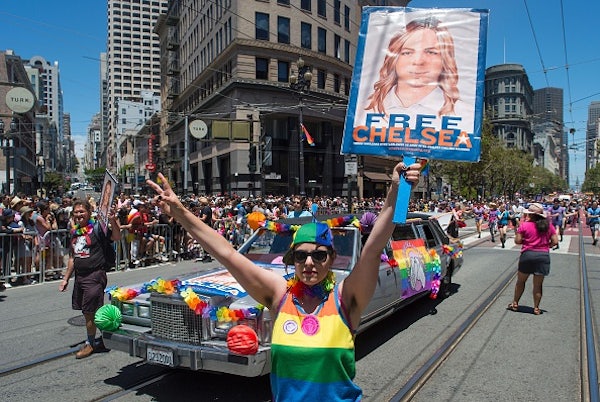 NBC News reports that Obama has put the whistleblower on a shortlist for commutation in the final days of his presidency. This could be Manning’s last chance for freedom from a 35-year sentence, of which she has served six years—already the longest any whistleblower in American history has served. And if she remains in prison, her living conditions would likely deteriorate once Donald Trump takes office.

As Megan Carpentier reported for The New Republic in November, Trump has threatened to reverse recent decisions that allow transgender soldiers to serve in the military and ensure coverage for their medical treatment for gender dysphoria. On the campaign trail in October, he derided the decisions as contributing to a “politically correct military.” This, as Carpentier identified, is the policy that has allowed Manning to—slowly—begin her transition while a military prisoner, and is responsible for the decision to allow her gender reassignment surgery (after a weeklong hunger strike). All this crucial progress in Manning’s treatment is now at risk.

Her situation has already become increasingly dire—Manning has attempted suicide twice this year and through her lawyers has impressed that she cannot survive “another five years in prison, much less another 30.”

Manning’s initial appeal for clemency was not considered by the Department of Justice, which claimed that it would need to be handled by the military. JAG—the military office that handles cases like Manning’s—rejected it on the grounds that sentences of 30 years or more cannot be considered for commutation until at least ten years had been served. So, Obama is in the unique position of having the power to free Manning before her case becomes a human rights disaster under Trump.